The JKA Adelaide Dojo, known for many years as the
Adelaide Academy of Karate-Do Shotokan.

In Nottingham 1972 David began training at the Bingham Karate Club under the instruction of Derick Langham Sensei, Shiro Asano Sensei of The Karate Union of Great Britain. David’s Black belt gradings were achieved during Crystal Palace Summer courses of the KUGB / JKA with legendary Enoeda Sensei and many other Sensei of the Japan Karate Association.

In those times the training was hard and the pass rate of gradings was low, but the training, friendships and dojos he taught at contributed immensely towards the unfolding years ahead as the family migrated to Australia in 1982.

The AAKS was met with immediate success with his students climbing the ranks of competition across Australia and also internationally.

Over 3 decades later, and once again a member of the JKA, his full-time dojo known as JKA Adelaide, continues with the tradition and passions of David’s early years. The dojo has evolved and continues with the teaching of traditional Shotokan Karate to a high standard in Adelaide and across Australia. 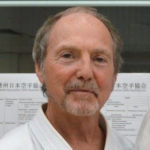 David Sensei 5th Dan JKA is very proud to be a member of the JKA KDA group within Australia under the guidance of highly respected, Jim Wood Shihan MBE 7th Dan JKA.

Founder, Funakoshi Gichin used the pen name ‘Shoto’ and this, despite his wishes, later became the name of the first official Japanese Karate dojo in Tokyo in 1939.

“There is no place in contemporary Karate for different schools. Some instructors, I know, claim to have invented new and unusual kata, and so they arrogate to themselves the right to be called founders of “schools”. Indeed, I have heard myself and my colleagues referred to as the Shotokan school, but I strongly object to this attempt at classification. My belief is that all these “schools” should be amalgamated into one, so that Karate may orderly progress into man’s future.” – Gichin Funakoshi

Who are the JKA?

The Japan Karate Association (JKA) are the World’s foremost authority on Karate. With a vast membership in over 100 countries, the JKA is the world’s largest and most prestigious karate organisation.  We belong to JKA Karate-Do Australia which is a member of this global organisation led by Jim Wood MBE Shihan Kai member 7th Dan.

It is our belief that although Karate has a sporting aspect it is a traditional Japanese martial art and should be practiced as such. If required it is an effective form of self-defence and that it should instill in its practitioners discipline, control and confidence. Karate training must incorporate more than just the physical aspects; it must be firmly rooted in etiquette and respect.

Our adult students tell us that karate improves sleep and increases energy. It offers a unique challenge not found in gyms. It is not just getting fit, but each level presents opportunities to learn and develop new skills.
Parents tell us their children gain confidence and perform better in school

Firstly we want to assure you that a decision to train with us may be one of the best decisions you could ever make. We are the very best at what we do – so the time you spend researching us is time well spent.  We provide the latest and best in karate training in Adelaide.

Making the decision to find out more about the martial arts is, for some people, a brave step in itself. You have done that – well done! And you have, by either accident or design found a progressive and cutting edge martial arts school – Congratulations!